“Monsters exist, but they are too few in numbers to be truly dangerous.

More dangerous are the common men.”

Why do decent family fathers kill women, children and babies on a daily basis?

The perpetrators are members of the Nazi death squads, who killed about 2 million Jewish civilians in Eastern Europe – by bullets, face to face.

We hear their thoughts, as they wrote them down in letters and diaries, we hear what they said at court:

Why they did not refuse to execute these horrific orders, how killing became a routine, how they managed to excuse themselves, how they were manipulated by their leaders. It's the blueprint of a genocide.

Would we have acted differently? 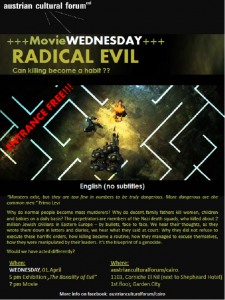